Denmark: first impressions of a foreigner

Five months have almost passed since I arrived to Denmark. The last time I wrote about it was just a brief post updating you about my current situation. Like I said on the first post of the season, I moved to Denmark for academic reasons, with the one and only objective to close the last chapter of my higher education: pursue a masters programme before I fully incorporate to the labour market.

It is located in the Northern part of Europe, in the region famously named as «Scandinavia» – formed by Sweden, Finland, Norway & Denmark-. It is a sovereign state  with a constitutional monarchy, officially named as «Kingdom of Denmark». With an aproximate population of 5, 620, 000 inhabitants. The official currency is the Danish Krone – DKK / kr- . Having a GDP growth: 0.9% and GDP per head: $56,870 (PPP: $43,240), according to The Economist.

The capital of the country is Copenhagen, situated in the eastern coast of the island named «Zealand» , is the biggest city in the country.

Odense is the main city of the islan of Funen. Being the third most populated city of Denmark, with aproximately 170,320 inhabitants.

Answering to the request of my brothers, Jaime & Javier, I am continueing the recapitulation with a brief update of how my life in Denmark is going on. Here comes and I hope you find it useful:

– Danes are polite, but you have to ask for help, given that fact, they turn out to be real nice. One quick example, anyone that comes to study or work, even for a short period of time,it is offered by the state, according to some requirements, free danish language courses to facilitate the integration with the danish society. That for me is a very nice start.

– Denmark, in particular, Odense, the city I am living in, citizens are  very civilized; aviding and complying the law -common aspect across Europe (without an ironic connotation)-; they keep clean common outdoor places. They enjoy outdoor green areas, such parks, riversides, the university campus, etc. Places you can relax walking around and enjoy the nature. They practice all sort of sports, turning to be a good way to integrate and to keep healthy customs.

– They are very low hey and relax people, not suffereing the rush of big metropolitan areas, and that they speak english right away, one thing we can discuss is they level of fluency, but they ain´t embarrased of their level, which I find very encouraging for nationals coming from other countries.

– If I compare the higher education system I have been educated at, the spanish one, I consider that the danish higher education is more of an analitic and practical one, reinforcing the knowledge I have previously adquire in Spain and improving it with the one that is offered in Denmark. One very remankable trait can be that the university designates what it is called «budies» to new international students coming to University of Southern Denmark, in order to guide throught the process of adaptation to the city and the university. The programmes offer internships as part of the education, as well as studying abroad in other european nations, or to other continents.

-Another aspect has to do with transport means, well kept and easy to follow, it is real hard to get lost. For instance, once you land in Copengagen airport, you walk strait from the luggage area, pass the door to the main hall, all the way straight and there you find the train tracks. It is so easy, that you stop by the ticket machines, buy your ticket, and then walk towards the track where you get in the train heading towards your final destination.

-The most suprising thing I observed was the fact that you can pay almost everything with credit card, from a simple coffee at the vending machines in the university, to the wardrobe in any of the bars in Odense, to the grocery store, but typing your pin number, otherwise they won’t charge what you consume. Just the buses are left out of this cathergory.

– It’s a good thing you can buy bottles of beer, mostly, and return the can/glass to the supermarket where you recieve a ticket with a certain amount that you can exchange with any of the products that amount to the quantity in the ticket.

-My personal favourite is riding on the bike every where I want to, even under the most unpleasant weather conditions, easy to adapt to when you have the appropriate clothes. I like to ride in the early mornings, doing exercise while you have the freedom to move around, parking the bike in the designated areas, and coming back home whenever you fee like.

Things that can be improved:

– They are shy or really focused on their own business because they don’t speak to you unless they know you or you seek for their help. The «most» successful way to break the first ice is to invite a dane for any alcoholic beverage. You can get to know them from the start if you share classes or you are a co-worker. If not, then you have to take them to a bar to succeed. BUT, and a big BUT, if you are work hard and you gain their trust, you have won a friendship forever.

– Anything related to reclycling is not as exemplary as one would think of. Examples: they do not separate the garbage from paper/glass and plastic, but they do recycle glass. It is just that they don’t follow recycling that much and it surprises me taking into account that they are leading the windmild market and they strongly support renewable energy.

– Other case can be the university I am studying at, SDU. Namely administration services/student informations services have a lot to improve. I find very nice that they hire students as the ones who resolves issues, but it is hard to get the information you are looking for at first, they tend to send you from departments to departments, don’t really solving your inquiry at all. Exams: as my personal experience, having oral exams was an interesting experience because they invited (the format of the exams) me to be more rational and analitical when studying but the result does not reflect the real effort or knowledge of the student. It felt like it was more a matter of luck at the end. 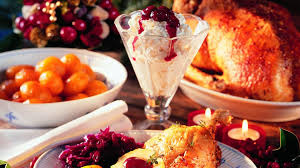 – Food. True that you find similar products to the ones you can buy in any other european country. Danish supermarkets are full of cooked/fast food products. Danes love meat. You find it everywhere you go. Even though the country is formed by several islands, you hardly find fresh sea food at a reasonable price. One thing I cannot stand by, happened while I was having the Christmas dinners organized by the university- Whenever there was some food left that it was not eaten, they just simply threw away several trays full of fresh/cooked food. But it is worth mentioning that they have reveral restaurants awarded with Michelin Starts.

In an overall, true that job opportunitties tend to be better; your children can freely opt for the kind of education they wish for, funded by the state – showing the efficiency of their taxation & distribution of welfare-. Salaries are among the highest in Europe.

For now, I am happy with experience I am living, taking the most out of it as posible. I am keeping you updated.