The panorama of the energy market in the past couple of years has become relevant to the least, to draw enough attention and reflect upon it.

Today, unconventional energy resources have become a reality in the energy world. Shale gas and tight oil or the revival of the LNG market are topics oftenly read across numerous media outlets.

This reflection is to review the role of energy as a subject that has influenced actors, not only in the energy world, but globally. As a recurring topic in some of the posts previously published in the blog, energy security serves as the perspective to analyse the issue. 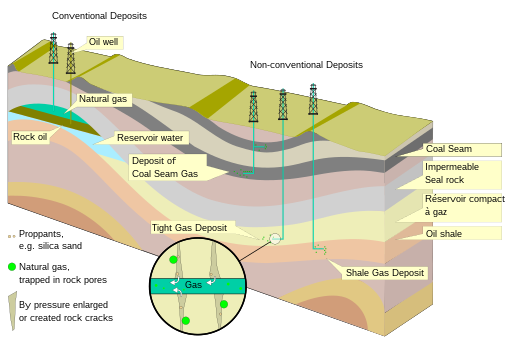 Credits of the photo to Wikipedia.org

Some of the sources consulted are: the World Economic Forum (WEF), ExxonMobil, Oxford Institute of Energy Studies, etc. or the likes of Daniel Yergin[i] and Samuele Furfari[ii]. Both of them have extensively written about energy and international politics.

In their 2012 report “Energy for Economic Growth” the World Economic Forum (WEF) is assessing numerous aspects where energy is contributing to the economic growth and industrial development of the states, for example “(…) energy is an input for nearly all goods and services”. Similarly, ExxonMobil admits that “the essential element of the energy demand is interaction of the economy and the income of the population”[iii].

Accordingly energy feeds the industry (contributing to the development of the infrastructure and the industrial production), transportation and the economic growth (industry which attracts and creates capital investment, creation of jobs and the GDP growth). It all boils down to “energy security” where, as Furfari mentioned the economic and security perspectives gain relevance. From the security point of view, energy is a resource used to assure the functioning of the economic structure, which sustains other activities, such as the muscle of the industry, transportation and the army. Energy also enhances the political structure of a nation or organization which acquires an international dimension. Andreas Wenger noted that it is through foreign policy when actors display their abilities in order to secure the supply and transit of the energy resources according to the degree of their external dependency towards the places of supply or, the producers, from the places of import[iv]. As a consequence, energy is perceived as an important aspect to the security of any international actor.

Contemplating the various characteristics mentioned above, it certainly seems that energy is an essential element. But what for? It seems to be a connection between energy and international order, that many scholars in international relations would calle it “interdependencies”. Energy may be interpreted as the element at the centre of the decisions and actions taken by the actors involved in a relationship or exchange of energy resources that are influenced by the context of that particular structure, or attending to the needs of the actors and their geographical location.

But it is not only for the good reasons that energy may be a tool for change, also for the negative aspects of the impact in the energy market and in the international order. For instance, the IMF studied the impact in the global economy due to supply alteration in the oil market and their case study scenario showed the world GDP could fall by 1.4 %[v]. Another observation mentioned in the report remarks that a result of the 1973 oil embargo, which impacted the western economies, was the creation of the IEA, as a measure to reduce the vulnerabilities related to energy. It was a decision taken as a result of the fear and dissatisfaction with the situation in the market regulation, which left the demand side powerless at the face of such events. It can be seen as an attempt to modify the existing regime of regulation. It is certently an issue that leaves no one indifferent.